The Best Of J. D. Jarvis 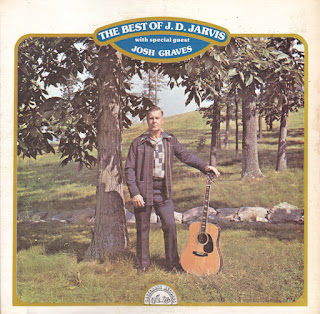 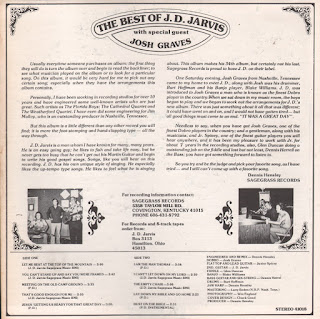 J. D. Jarvis lived were he worked, in the Southern Ohio/Northern Kentucky area. During his time played as a session musician on many local gospel album projects while producing enough of his own work to warranty this "best of" set with Josh Graves who backs him on the Dobro.

Sagegrass Records appears to be a label Jarvis and producer Hensley made up to promote this album and perhaps other "bluegrass" projects. The studio, owned and operated by Hensley at the time, was better known as "Jordan Recording Studio". The studio is still in operation today.

The album production, strangely enough, doesn't appear to have been local (as in Rite, Jewel or QCA). I can't tell who pressed the disc.