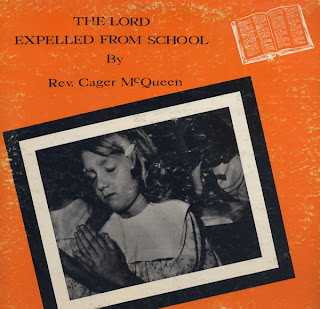 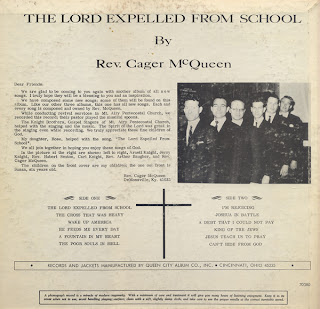 Today I found this terrific vintage gospel album by a preacher that lived in DeMossville, Kentucky.

DeMossville is found about 6 or so miles down the road from me. There are only a handful of buildings that make up the village.

The album was recorded in The Mt. Airy (Cincinnati, Ohio) Pentecostal Church. McQueen's daughter, Rose helped out on The Lord Expelled From School. A group who called themselves. The Knight Brothers back up McQueen.
Posted by By Mark Betcher at 3:51 PM