Al Morgan - The Place Where I Worship 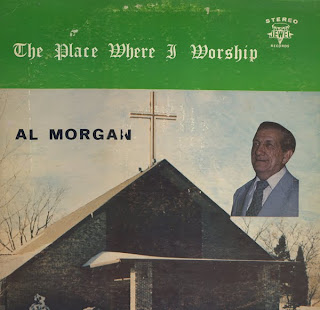 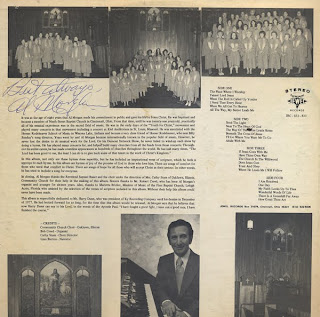 I have, in my collection, a two record live lounge set by Al Morgan. That record was recorded in a supper club in Illinois. Morgan had a show on the Dumont Network in 1949 and a hit with the song Jealous Heart. His work is popular enough that a CD collection can be found online.

Morgan was also became a member of Ninth Street Baptist Church when he turned 8 years of age. He obviously maintained ties with the church as this album was made on location.

Apparently Morgan was deeply religious if you read the liner notes. This is a straight forward album, probably recorded on a Sunday morning. There are no flourishes or flare. It is hard to imagine this record having much appeal outside of the church.
Posted by By Mark Betcher at 8:35 PM