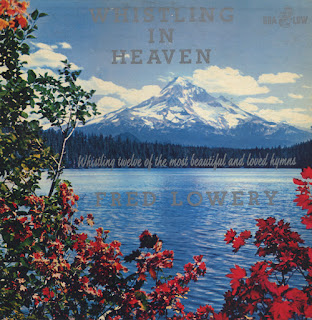 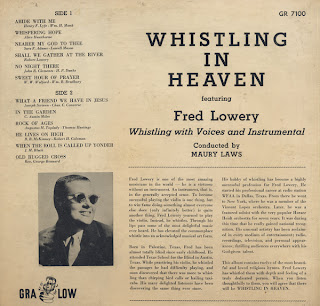 Fred Lowery was the most successful professional whistler of the 1940s and 1950s. He was blinded by scarlet fever at the age of two. Read more on spaceagepop.com.

Lowery moved away from popular music to focus on religious melodies in the 1960s and 1970s. His venues changed from nightclubs to churches. His first religious recordings were done on Gra-Low, his own label named after his wife GRAcie and himself, LOWery. These record were mostly sold at his church appearances.
Posted by By Mark Betcher at 8:38 PM