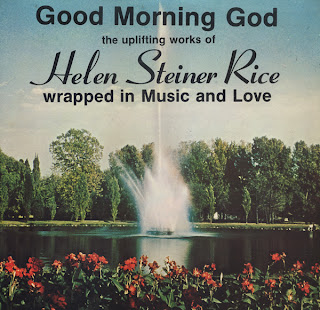 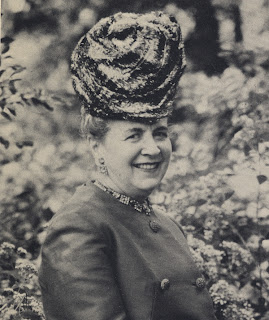 Here's another obscure local album. I know about Rice, because I was hired as an artist at Gibson Greeting Cards in 1981, the year she passed away. Her verse writing made up a large part of Gibson's sales.

Wikipedia doesn't mention Gibson, but instead they mention her writing for American Greetings. As far as I know she spent her entire working life at Gibson.

Rice's work for this album was used with the permission of Gibson Greeting Cards.

This is not Rice's voice. Readings are by Alice Davidson.
Posted by By Mark Betcher at 8:06 PM